By Leith Autopark Kia on January 8, 2015 in Reviews

Hard to believe we’ve only just stepped over the threshold of 2015, and yet we already get to talk about a 2016 model. In fact, we’ve been talking about it for several weeks now. If you’ve been paying attention, you know we’re referring to the third generation Kia Sorento.

Recently, the fine folks at Autoblog were given a chance to test out Kia’s new crossover SUV. Kia has previously said that the Sorento offers a high grade of luxury materials to the interested buyer, but it is still affordable for many. It turns out there are five trim levels on the 2016 model: L, LX, EX, SX, and the cream of the crop SXL. The SXL demo car that the Autobloggers got to drive featured LED positioning lights, an eight-inch UVO infotainment screen, and 14-way power adjustable seating for the driver. 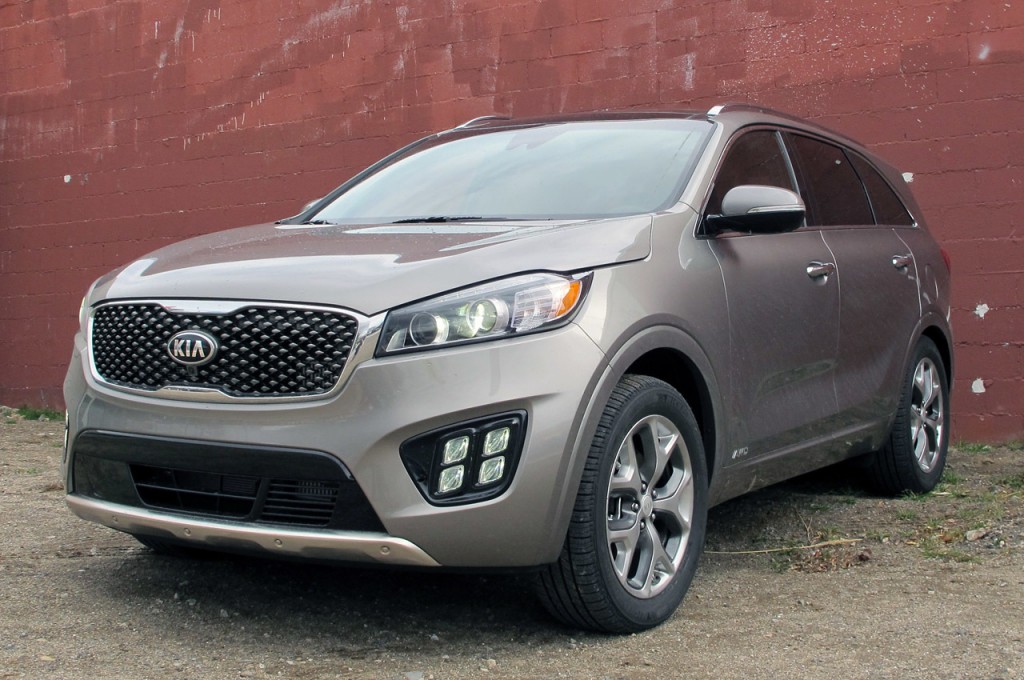 The other trim levels still have plenty of options. For example, all models of the Sorento will be available with DynaMax all-wheel drive. A Kia spokesperson said the decision to offer AWD on all models comes in response to recently harsh winters in the north, but we’re confident the extra control and traction will be no less useful down here in North Carolina.

The Sorento also comes with powertrain options, which are directly tied to how many passengers you want to be able to carry. Three-row versions come with a 290 horsepower V6 engine, while two-row versions will get the new 2.0-liter turbocharged four-cylinder, which Autoblog described as “sprightlier.” There’s also a 2.4-liter naturally aspirated four-cylinder engine that serves as the base option.

The review goes on to praise the Sorento’s steering and abundant cargo space, as well as the overall premium feel that Kia is shooting for. The 2016 Sorento is a comprehensive upgrade, and we encourage you to read the full article on Autoblog.

There’s no word yet on when we should expect this model at our dealership, but you can rest assured we’ll let you know when the first ones show up later this year. Until then, Leith Autopark Kia is an excellent place to bring your Kia for service and repair if you’re in the Raleigh area.